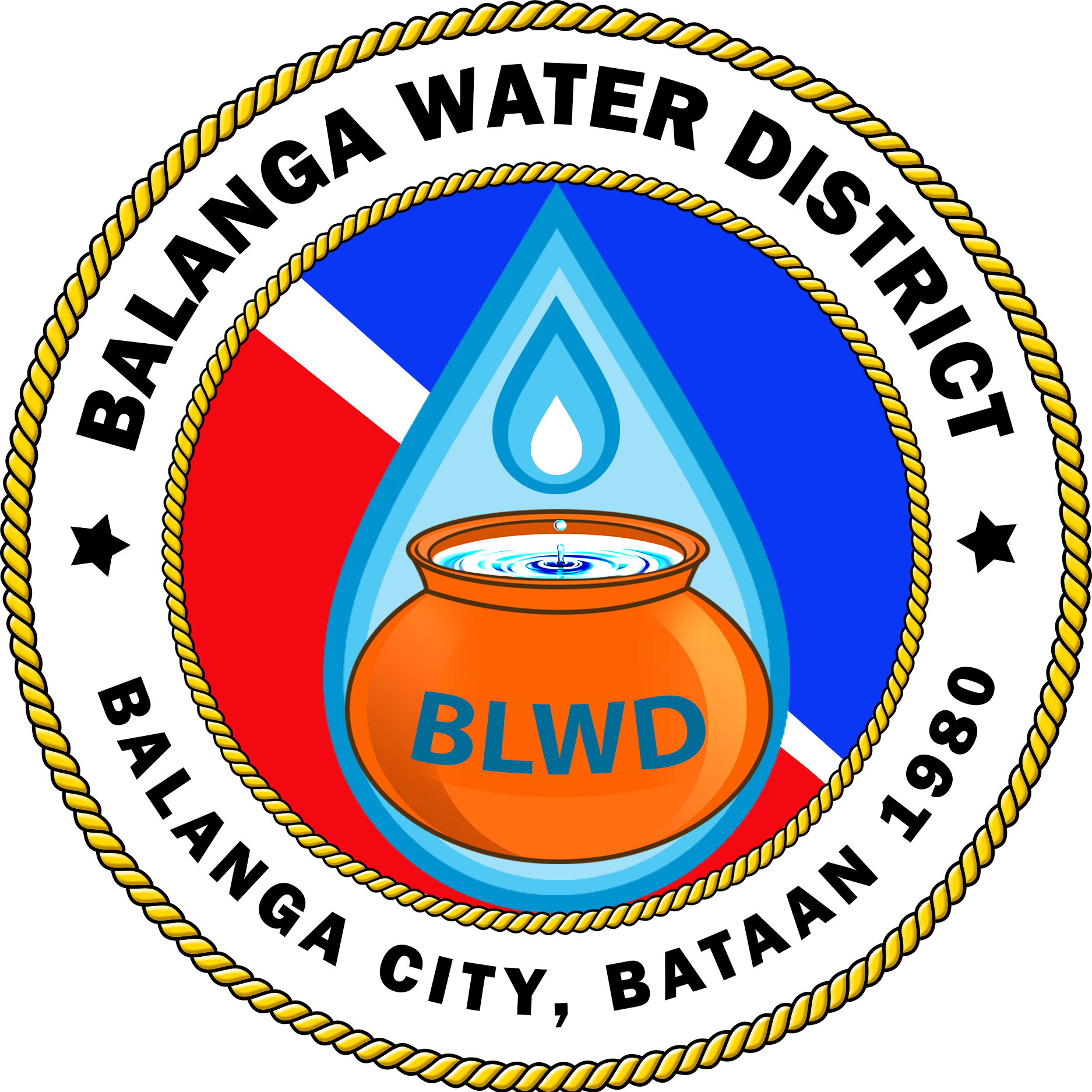 By 2025, the BLWD aims to provide potable water and environmentally compliant waste water collection, treatment and disposal facilities available to to the residents of Balanga City and nearby Municipalities.

The Balanga Water District (BLWD) was formed in mid-1980 during the incumbency of then Balanga town Mayor Teodoro R. Alonzo. The Local Water Utilities Administration (LWUA) issued BLWD Conditional Certificate of Conformance (CCC) No. 124 on July 22, 1980. The original water system of Balanga City was constructed in 1929, consisting of an elevated concrete storage tank, distribution lines, and a deepwell as the source of supply. The Balanga Water District actually began full operation on August 1, 1980; its service connections numbered 1,342. All connections then were un-metered, hence the water pressure throughout the system was sadly very low. Water billings were inadequate even to cover the cost of electric power and salaries of employees. However, the municipal government, very eager to see the water district succeed, provided a financial subsidy amounting to P40,000.00. Another P20,000.00 was solicited from the provincial government thru the intercession of the Municipal Mayor.

The Balanga Water District, early on, was granted a mini-loan of P300,000.00 by LWUA. This was utilized in the procurement of tools and water meters. The district was able to procure 1,500 pieces of water meters through LWUA.

BLWD’s metering program began in October 1980, when the first metered rate was implemented. From the previous flat rate of P12 per month, the new metered rate became P18 minimum charge.

BLWD started with 20 employees under the leadership of its General Manager, Engr. Arsenio M. Dizon, and the original members of the Board of Directors were the following ;

In later years, the system was expanded and several other smaller systems were acquired. It has integrated into one network, the original system and four barangay systems, aside from the systems of five subdivisions which functions separately. The systems were formerly managed by the Balanga Water Works but with the formation of Balanga Water District on July 22, 1980, the water system was turned over to the Water District.

During that time, the water district derives its supply from 31 deep well sources and has 7 elevated steel tanks and one elevated concrete reservoir taking care of the storage requirements.

In 2010, the operation and management of BLWD was put under the partial take-over of the Local Water Utilities Administration (LWUA) from March 2010 to December 31, 2014 installing Engr. Charlito G. Rodriguez as the Interim General Manager. The said partial take-over emanates from the brewing differences between the management and the Board of Directors as well as from the request of the Local Government officials headed by Mayor Jose Enrique S. Garcia III due to the failure of the water district to institute developmental programs that can cope up with the rapid developmental pace being set by the mayor. In January 2015, the partial take-over of the management and operation by LWUA was lifted and returned the management to water district by installing Engr. Charlito G. Rodriguez as its Regular General Manager.

In 2010, the BLWD has 47 employees, 40 regular and 7 casual employees under the leadership of its Interim General Manager, Engr. Charlito G. Rodriguez, who assumed the post last March 2010. The list of Board of Directors is the following:

Since the partial take-over of the BLWD was put in place, the rehabilitation of the system was started and initially completed the replacement of pipes in Pto. Rivas Ibaba and Itaas, implemented under the Non-LWUA Initiated Fund (NLIF). The BLWD in its desire to improve its level of service, embarked on projects mostly concerning the rehabilitation of the old systems. So far, 90% of the distribution systems of the BLWD have been replaced and rehabilitated covering some 120kms of pipelines.

As of December 31, 2021, the BLWD has 15,434 existing number of concessionaires covering twenty-three (23) out of twenty-five (25) barangays and 92% of existing household. Water tariff has been correctly adopted duly approved by LWUA with a minimum charge of Php150.00 for the first 10cu.m implemented last January 2013.

Service area is now being supplied through 45 pumping stations and 21 reservoir on a 24/7 service. Non-revenue water was reduced from 59% to 20% due to the continuous rehabilitation of the systems.

The present roster of the Board of Directors of Balanga Water District is composed of the following:

By 2025, the BLWD aims to provide potable water and environmentally compliant waste water collection, treatment and disposal facilities available to the residents of Balanga City and nearby Municipalities.